mattlef said:
I'm still wondering...
Would most of you consider a 470 from a 5850 an upgrade or more less lateral movement?

There are decent increase in frame rates across the board like you have shown, however, the price difference is a tad higher then 10%, and overall tdp is over 18% higher on load?
Would the 10-15% increase in performance vs 10% price and 18% load W be enough for one to justify moving from red to green?

Sky,
Fantastic work on the reviews. As always we greatly appreciate the time and effort you put into every review.
Click to expand...

artistpavel said:
I pre-orderd too, but what is PP price?
Click to expand...

Price if you have a Premier Partner membership. Members are technically not allowed to advertise the PP prices.

bovine.baron said:
Then again you could save on your heating bills if you have it running load all the time :haha:
Click to expand...

Buying a space heater in April?
Surely there are better investments out there.

SKY's reviews are awesome as always (all reviews from all reviewers from HC are actually top notch IMHO).

Not sure what to think of this:
AnandTech: NVIDIA?s GeForce GTX 480 and GTX 470: 6 Months Late, Was It Worth the Wait? 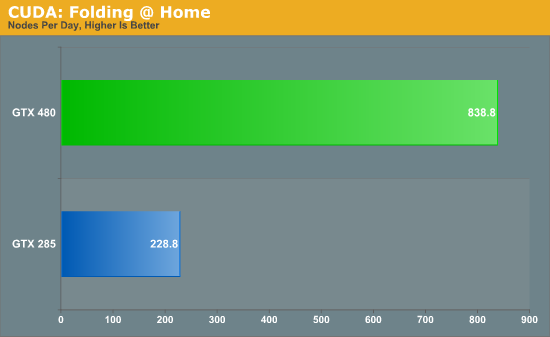 Never saw 'nodes per day' before, but food for thought for the folders. To be clear, I seriously doubt 3.5x performance.....

That would be pretty epic but I don't think it would be 3.5 times faster. 2x seems more like it.


I wonder if NCIX will ship cards when they get them and not wait till 2 weeks from now.
F

thanks for the wonderful review. have yet to read through everything though. Also good to see that many people in various forums consider HWC to to trustworthy source. contemplating on the purchase of 470 from evga... to spend or not that is the question.... heck i fold not game x)
Last edited: Mar 26, 2010

I would say better than I tought but late for the boost it gives vs ATI. Anyway, Nvidia fans will be happy and this is all good for competition.

Well first thing I would like to say thanks to HWC and Sky for another great review (well two of them).:thumb:

One thing that I look at myself and frankly find most important is the minimum fps. That is why I am (if I can convince my wife) getting a 470. I really can't afford the 480 and I think considering I game at 1680x1050 the 470 should be the way to go. Plus you have to remember that Ati has had time to get more mature drivers out there, where the Nvidia ones certainly aren't.

Plus with the 470 I should be able to get away with not having to get a new PSU, I hope. HX620 going to be enough? I do have 6 drives but I just looked and on idle my ups reports that it is sending 187-195 watts, and that includes my monitor as well. So by thoughts I should still be in the clear if I moved the 8800GT out and brought the 470 in. Do you agree Sky?


As for what any other site says and how they test, I trust and prefer the method of testing done here. Congrats again to Sky for doing another excellent review(s):thumb:

Edit: Sky just wondering but I didn't notice it in the review, what was the fan speed set at during the power tests?