Hockey fans - did you know about this!?

KaptCrunch said:
only travel with original size cup as cup winners are added to larger rings of cup with the short cup (original) your honouring the fore brothers of hockey
Click to expand...

If you read the article, the "original" cup as you called it, was actually JUST the cup, and not the cup with those 3 tiers underneath it - those were added as they needed more space, just like the 5 "bands" on the lower portion. Personally, although I don't like that they take bands off the trophy, I understand why they have to, and I think the Cup should maintain its' present size/shape - the BEST lookin' trophy in all of sports, IMHO. :thumb: :canadianwave:

Actually, the 'original' stanley cup is locked up in a vault in the Hockey Hall of Fame, and it was called the 'Dominion Hockey Challenge Cup'. It has no rings on it anymore, but it did get rings added to it back in the day, and was hideous: 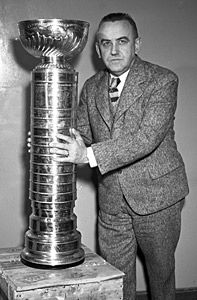 What you see players receive now is a replica that was redesigned in the 40's: 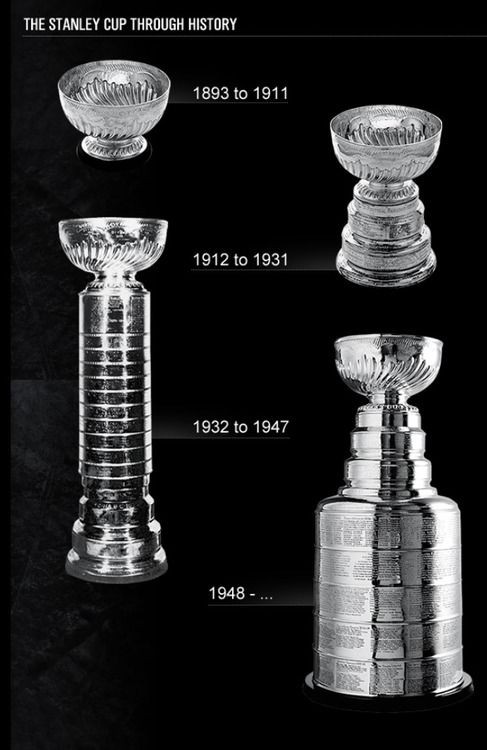 There was an image done up a while ago representing what the Stanley Cup would look like if it had never had rings removed. I'll try to dig it up.

Found it... and THIS is why it has to be trimmed down. :haha: 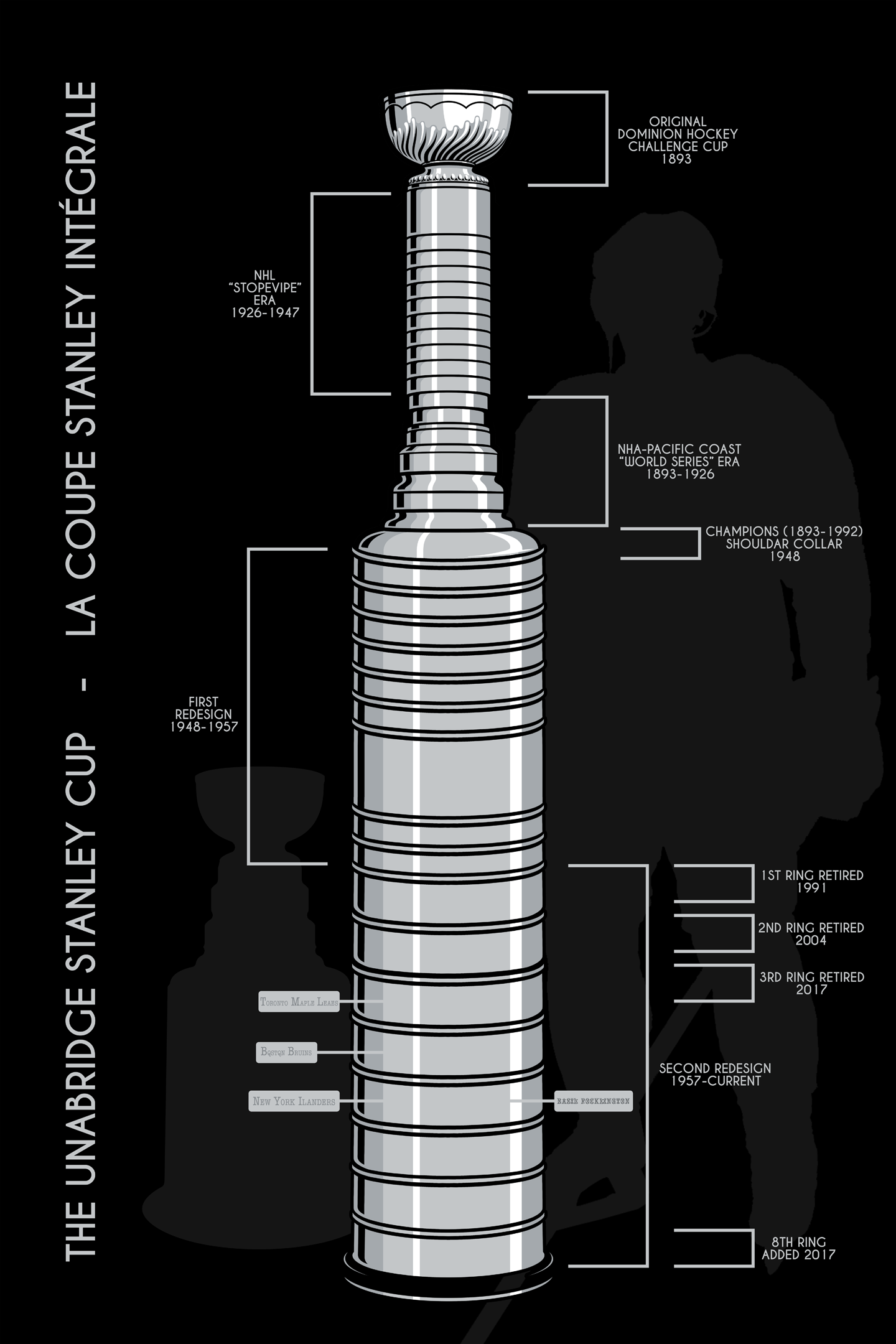 You're right, it was somewhat hideous in that "stovepipe"(or "stopevipe" as in the 2nd pic :haha config. Now that you've posted those pics, I DO seem to recall seeing that stovepipe look at some time in the past. Notice how the dates for the different configs don't match between the 2 pics?

The damn thing still looked pretty nice back in the 1912-1931 era, with just a couple of tiered rings on it. :thumb: