Cheap Smartphones Are Getting GOOD – Samsung Galaxy A50 Review

So I’m sure most of your sub boxes are filled with Galaxy Note 10 videos, and if you are disappointed with the announcement I wouldn’t be surprised, because I am. In fact, if you’re interested in our coverage, you can check it out right over here. Now in that video I mentioned how cheaper phones or lower priced phones are starting to become really good. And I think that’s where the Galaxy A50 comes in. Now the launch praise for the A50 was $350, but you can pick up this phone right now for as low as $270. Now when you hear that price, you would think that it would come with a cheaper build quality, terrible display, underwhelming camera performance, poor battery life, and less features compared to its flagship sibling like the Galaxy S10 and more. But having switched to the Galaxy A50 for a little while now, I’m actually really impressed with this phone in terms of what it offers for the price. It made me realize how cheap phones are getting good, and that saying is becoming very popular these days. So allow me to walk you through my experience of using the Galaxy A50.

So the first thing I noticed right after picking up the A50 is just how good it feels in the hand. The bad side is made out of plastic, but they’ve done a really good job replicating a glass back finish like the S10. Now one of the advantages of having a plastic body is that when you accidentally drop it, chances of it breaking or shattering are very less likely to happen compared to a glass back design. I remember the Note 9 days folks, it was not good.

Next up is the display and this is one of the best features of the A50. First and foremost, i’s completely flat so you don’t get any curved screens like the Galaxy S10, which is awesome. It also adds a sense of confidence when holding the device since you have lots of grip. The screen itself is gorgeous. It’s a 6.4″ 1080P Super AMOLED display. The colors are vibrant, you still get those deep blacks and it felt like I was using a flagship Android device, which is very impressive. I will say that it is slightly larger than the S10. It’s actually almost the same size as the as the S10 Plus so one hand operation might be a bit challenging for folks with smaller hands.

Samsung decided to ditch the punch hole cutout on the A50, and instead went with a tiny drop style notch at the top, kind of like the OnePlus 6T and some other phones. It’s not really distracting. In fact, you can hide it through the settings, so that’s nice.

You only get a single mono speaker at the bottom and that means you can accidentally block that with your finger, which can be a little annoying. Now the sound quality itself is not that great. I certainly experienced some distortions at high frequencies and it just wasn’t really the best experience, so I’d highly recommend pairing this phone with a good set of headphones for the best sound quality.

Also, this might seem like a bonus from the S10, but there isn’t a dedicated Bixby button on the A50, so that’s good. Plus the volume markers and the power button are located on the right side. They’re easier to reach and the quality of the buttons are on point, they exhibit good tactile feedback, so no complaints there.

The Samsung A Series

Now you can pick up the Galaxy A series in different sizes, but the specs and camera layouts are a bit different depending on each model. It starts with the A10 and then goes all the way up to the A50. Mind you, some of these models are carrier exclusives depending on region, so I’ll make sure to leave links to what I can find on Amazon in the description down below at the lowest price.

The A50 that I have comes with an Exynos 9610 octo-core CPU, 4GB of RAM, and 64GB of storage. The good thing is that you can expand that up to 512GB. Now this isn’t the fastest phone out there. The specs aren’t Top of the Line, and that’s to be expected for the price. But keep in mind that’s specs don’t really paint the entire picture. It’s again all about that overall experience when using the phone, and having used this for little over a week it’s actually pretty good. Albeit multitasking performance is the biggest drawback, and I think that’s due to the inclusion of 4GB of RAM. And when you pair that with Samsung’s One UI it does tend to struggle here and there.

The in-display fingerprint scanner is also pretty slow when it comes to unlocking the device. I ran into a lot of issues where it just wouldn’t recognize my thumb. So I had to rely on the old school pattern unlock method. Now there is Face Unlock and it’s a bit faster, but it’s really not secure and it’s a hit or miss at times.

You have to be really patient when using the Galaxy A50. Say for instance if you’re someone who is straight up used to cheap phones, let’s say with a budget of less than $300, if you don’t care about apps loading up the instant to tap on them the A50 won’t really disappoint you. But if I were to compare this to the Galaxy S10, you are going to be losing on some features like wireless powershare, wireless charging, IP68 of water resistant rating, you also lose on stereo speakers, telephoto lens, as well as getting the fastest SOC and the sharpest possible display. So with the A50 what you’re really getting is a phone that does a lot of the basic things right.

Now before I get to the camera performance, I do want to quickly talk about battery life. And in one word it’s amazing. So the A50 features a 4000mAh battery and we you design a phone with a relatively power efficient CPU, which is the exynos 9610, 4GB of RAM, and a 1080P display, I was easily able to push this guy to two days worth of views on a single charge. I mean, check out that screen on time. It’s impressive.

So with that out of the way, let’s get into those cameras. Now don’t fool yourselves into thinking that the A50 comes with a triple camera set up like the S10 and the S10 Plus, that isn’t the case. In fact, all you’re getting is an 8MP ultra-wide angle lens and a 25MP standard lens. The one at the top is a 5MP depth camera that compliments live focus, which is Samsung’s version of portrait mode. As for the pictures, I was pretty impressed reviewing them one by one. The fact that the included a wide angle lens at this price point is very refreshing to see on a phone in 2019. 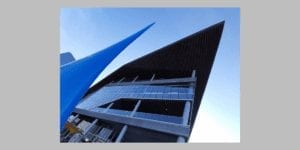 The samples you see here have a good balance of contrast and saturation. You can play around with the wide angle lens to get some distorted, interesting and weird looking images. It certainly lacks detail and Samsung’s post-sharpening effect doesn’t really do that much. I should mention that you lose focus control when shooting wide angle, so that’s a bit limiting. The main camera shoots decent photos, but it lacks consistency.

You see this is a wide angle shot. It’s a bit under exposed, but when I switch right over to the main camera, the white balance is off. It’s slightly overexposed and when you have HDR turned on in some cases it doesn’t really look that real. If you’re patient enough, you can get away with some great shots. And daylight portrait mode or live focus works pretty well. Again, it’s not Pixel 3a good, but if you’re a casual user sharing on social media, you’ll be fine.

Low light performance is pretty terrible, but I expected that. There’s just no detail and it’s almost similar to the Galaxy S10, so I can’t really complain here. But having looked at these samples, what do you guys think? Is it impressive for less than $300?

So this is the video test on the Galaxy A50 and as you can see I can use the ultra-wide angle lens on this camera to shoot video, unlike the OnePlus 7 Pro that does not, which is kind of stupid right? The colors are really nice and vibrant. I think the details also good. Samsung is always really good at autofocus with their cameras on phones, so it’s really good. I think it lacks a bit of dynamic range, cause you can see the skies are like kind of blown out and it’s crushing the shadows.

So switching to the front facing camera tests on the Galaxy A50 and I’m actually pretty impressed with what this phone can do in terms of video. Now it tries to expose or tries to compensate for exposure here and there depending on the situation, and as I’m walking you can also get a rough idea on how it looks. I mean there isn’t stabilization with the front facing camera as far as I can tell, but just looking at the camera samples as well as the video quality I’m quite happy.

So I guess this brings me to the conclusion. I’m really impressed with the Galaxy A50. You see the biggest forte of this device is that gorgeous display and the battery life. And I still can’t believe how Samsung was able to implement such a beautiful AMOLED screen at this price point. Now it’s not packed with features like the Galaxy S10, but this phone offers about 50% of that experience for $270 and if you can find it for that cost, great. But if you see these selling around for $350 just do yourself a favor and spend an extra $50 and pick up the Pixel 3a. The camera performance is pretty good, and I’m happy to see the inclusion of a wide angle lens. Now when it comes to actual performance, like using the phone, and keep your expectations low because this isn’t a multitasking champ. And when it comes to software and software updates, Samsung phones are really not known for getting the latest and greatest updates so that is something to keep note of. But I really want to know your thoughts about the Galaxy A50. I mean if you can pick this phone for $270 would you actually consider doing it or would you spend that extra cash and pick up something like the Pixel 3a. There’s also this other phone called the Redmi K20 Pro that’s been generating a lot of hype right now, so there’s that. And of course we have that Note 10 announcement that was definitely a slap in the face, but the phone market is what it is. So that’s it for me, hope you’ve enjoyed this review.

A TINY $25 CPU Cooler Might Be All You Need!