What makes a great graphics card? Is it ultra high performance in tomorrow’s triple-A games? Is it exclusivity or perhaps record setting framerates in a reviewer’s benchmark suite? AMD would like us to think that none of these factors which are typically associated with class leading products carry a significant amount of weight when determining how positively or negatively a GPU is received. Rather, affordability, accessibility and the overall performance per dollar factor reign supreme. While halo products still have a place in the market they believe the path to success lies in initially offering gamers the cards they’ll actually buy rather than the ones being ogled over in reviews like this one.

The first step in AMD’s road to success is the RX480 a card based off of the Polaris architecture and a GPU that we’ve already covered. Truth be told the path leading to this day has been an interesting one since, unlike previous launches, fits and spurts of information about Polaris and the RX480 have been available for some time.

As AMD has been telegraphing for the better part of six months now, the RX480 is neither a flagship product nor is it meant to alight a new battle for the high end market. Rather, this $199 graphics card strikes right into the heart of today’s most-popular price point and also aims into move the performance yardsticks forward by a metric mile. Basically it this unassuming product is meant to effectively compete against solutions that were retailing for well over $300 exactly a year ago.

There are two minds to AMD’s approach. One says a strong push into mid-tier brackets is exactly what the doctor ordered for segment where the Radeon lineup has been limping along with countless rebrands. On the other hand, enthusiasts may look at this strategy as AMD somewhat abandoning (for the time being at least) the high end market to the clutches of NVIDIA.

Both thought processes are actually right but for completely different reasons. Simply put, AMD needed a volume-focused product that could scale into notebook and mainstream GPU markets while utilizing this potential for sales success to leverage development of future initiatives. Regardless of your thoughts there’s no denying a flagship GPU like NVIDIA’s GTX 1080 sets a high bar for the remainder of a lineup and becomes more of a marketing tour de force than a true profit maker. 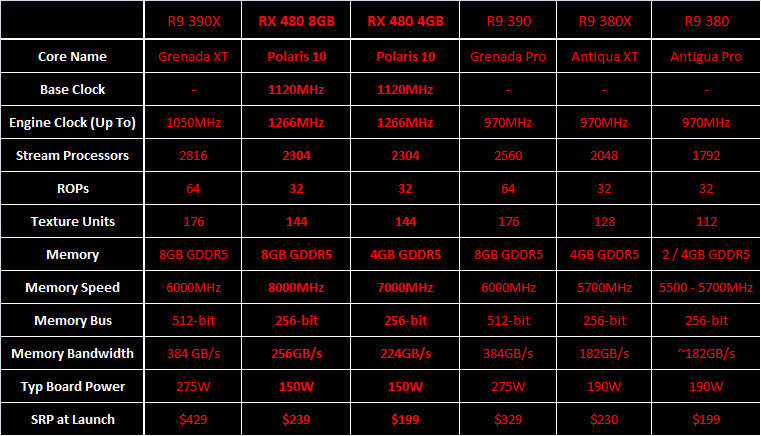 With the RX 480 targeting mid-tier growth, its official specifications shouldn’t come as a complete shock, though there is a certain duality to them. Since Polaris 10 is meant to be a direct replacement for the Antigua XT-based R9 380X, the number of Stream Processors (2304) Texture Units (144) and ROPs (32) closely mirrors AMD’s previous generation $239 offering. Indeed, without taking the actual architecture into account, the RX 480’s core is basically an Antigua XT with a quartet of additional Compute Units.

Where things start to get interesting is within the memory layout since this new card is actually broken down into two different products: the $199 version with 4GB of GDDR5 operating at 7Gbps and a $239 8GB SKU with 8GB of 8Gbps GDDR5 memory. Both have a 256-bit memory interface but the actual metrics behind this is a bit odd; board partners may ship different configurations so buyers will have to pay particularly close attention to the card you are buying since specs could be different.

Some may look at these specifications and feel like the RX 480 comes up short in a direct comparison against some of AMD’s key outgoing products like the R9 390 and R9 390X. I can see why; Polaris 10 has doesn’t have anywhere near the number of Compute Units (which contain the Texture Units and Stream Processors), ROPs or even memory bandwidth of those cards. However, there are some key architectural changes (more on the next page about those!) and drastically higher engine clocks which, according to AMD, more than make up for any perceived on-paper performance disparity. We also can’t forget that R9 390X retailed for $200 more when it was launched just 11 months ago.

One thing I need to mention is the Polaris architecture represents the first time AMD is publishing a pure Base and Boost clock for their cards. Much like NVIDIA, the Base frequency is the minimum guaranteed speed the core should run at while the Boost clock represents the average core speed achieved in most applications. Provided temperatures and power output remain within specifications, we could actually see performance above those

By finally introducing a viable “new” card within more affordable price points the RX 480 fits into the current Radeon lineup somewhat awkwardly. Remember, the R9 390X, R9 390, R9 380X and R9 380 were essentially rebrands of previous architectures. Due to the fact this new generation is AMD’s first attempt in nearly five years to completely refresh their product offerings from top to bottom it was a foregone conclusion there would be a huge amount of overlap. When you then factor in the countless benefits offered by the 14nm manufacturing process, they just couldn’t avoid undercutting many higher-priced yet similarly-performing GPUs. This is very much what NVIDIA did with their GP104 architecture as well.

In this case AMD is slotting in the RX 480 between the R9 390 and R9 390X with its performance trending towards the former rather than the latter. Other cards like the RX 470 and RX460 will take over other price points in the near future but we’ll cover those in due time.

Competition from NVIDIA’s side of the fence is somewhat nebulous right now since AMD is launching their new wares into a segment still populated by Maxwell-based cards, thus neatly avoiding Pascal for the time being. They are however targeting the RX 480 8GB to compete against the GTX 970 while in some scenarios it could be nipping at the GTX 980’s heels. Remember, Polaris was never designed to go toe to toe against NVIDA’s higher cards; this is a value-forward card that aims to deliver phenomenal bang for your buck in 1080P and 1440P gaming.

So what does this all mean for AMD and by extension the Radeon Technologies Group? The RX480 could be a turning point, one which defines future roadmaps and even the very success of these two entities. It also happens to represent a shining example of how the Radeon approach, at least initially, differs from that of NVIDIA. Will it succeed or fail? Only time will tell but this review will go a big way towards determining how the Radeon lineup progresses into the future. 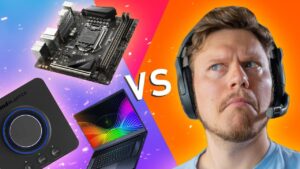 How To Improve Your Gaming Mic Quality – The Difference Is HUGE! 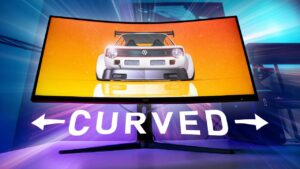 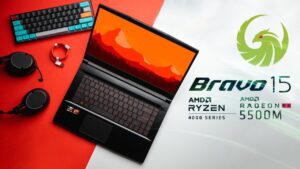 Who Is This AMD Notebook FOR? MSI Bravo 15 Review